To make navigating The Zombie Project easier, I’ve put all the amazing writers involved in one space. The list includes a link to each writer’s story, blog and Twitter. If you don’t know what The Zombie Project is, click here to find out. If you do know what it is, then you can find all the short stories so far below. Enjoy!

#1. No Place For Strangers by Bobby Salomons

This fabulous introduction to our zombie-ridden universe gives us the start of it all through the eyes of small town Sheriff Harwood, and the phone call that took him to a cornfield in Whitehill Frontier, Montana…

#2. Someone Knows Something by Jessie Devine

Jessie’s story finds us meeting Bobby’s characters once again by the side of Callie, a tough chick with excellent aim and knowledge about those black helicopters we saw circling the night it all changed…

#3. Into The Maelstrom by Benjamin Gumbrell

Once again we join McClintock, Callie and Harwood for a harrowing short with a toe-curling end that’ll have you tasting whatever you ate last…

This short takes us away from the American Project Hazard to the British equivalent, Rezerection, opening the project up to the horrors going down on my side of the pond…

Bridget’s ace little number takes us back to before the black helicopters started circling, to the birth of Project Hazard. As Bridget so expertly puts it, ‘This shit was only just beginning.’

#6. The Manhattan Marauders by Carey Torgensen

Carey mixes it up with a zombie number that has YA flavour and brings the feelings factor. Meet Addy, love Addy, follow Addy into the gore…

#7. Red and Dead by Ruth Shedwick

Ruth pulls us a little further forward in time to introduce us to the coloured implants that sort the infected from the clean; to a world of contaminated water, empty houses, riots, and zombified animals…

Jules brings the bacon with Blue’s Diner and the waitress who runs it, Ruth Ann, living in the futuristic world introduced in #7 wherein fear of the Reds rules all and uncontaminated coffee is a thing of the past. Ruth Ann is a tough gal who’ll fight to survive – even if she has to kill to do it.

#9. The Light by Jolene Haley

This story takes us back to Ruth Ann and the secret she was hiding in the closet, giving us the thrilling climax of her reign as the Mrs. Lovett of Haley…

Kristen’s story brings back a character we’ve met once before in a sassy, kick-ass format with a brand new MC to sink our teeth into.

Jerusalem’s Peak is a town atop a town, where a small slice of humanity hide out above the crimson tide in an attempt to survive…

Jani puts the ‘fun’ in our funereal feature with a dangerously daring mission, one with ‘Mike Conditions’…

Hickory Dickory Dead spectacularly follows on from #14. This story will pull you into a world of blood, brotherhood and a little boy named Mouse…

5 thoughts on “The Zombie Project”

Pay no attention to the chick behind the curtain…

Writer, a little scary, may or may not follow through with threats that seem idle. 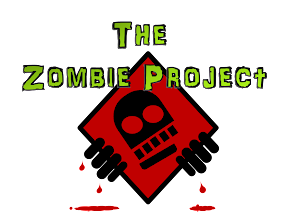